BBQ Sloppy Joe’s was the first dish I ever publicly shared a recipe for.

This is a rendition of that recipe updated to fit the times: simpler, quicker, cheaper, tastier, not to mention perfect for family dinner or meal prep (lots of leftovers).

I first fell in love with vegan sloppy joe’s after sinking my teeth into an open-faced, spicy bbq, portobello mushroom sandwich, that I ordered from a microbrewery in Denver, Colorado. Wow, you guys, just wow. That sandwich made me rethink the greasy, seasoned from a pre-mixed packet of “spices,” served on top of wonder-bread lookin’ BS that I grew up with.

As a testament to how versatile this dish is, my Dad – who hasn’t allowed a mushroom to enter a 1 foot radius of his mouth in 30 plus years – took a bite of these joe’s (at his own will, I might add) right from the pot.

I KNOW, not the most enthusiastic response, but coming from a guy who doesn’t tend to try food outside of his comfort zone, none the less mushrooms, that response made me feel like an animated, Japanese schoolgirl. Anyone with a Dad who eats the same shit day in and day out can relate to my struggle.

May we forgive the lunch lady for unknowingly tormenting us with the weak ass sloppy joe’s of yesteryear, and may we allow the blessings of sweet, savory, & soulful joe’s enter our heart.

*No stevia? No problem! Just add an additional 1/4 cup of brown sugar or maple syrup, or simply leave it out for a less sweet dish. Wah-la! (I know, I’m corny) 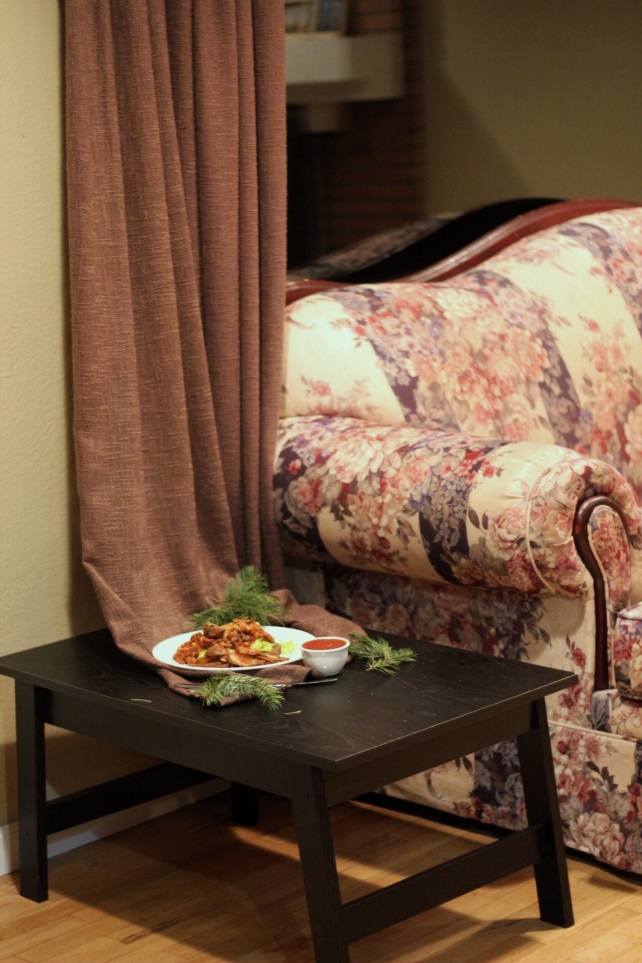 The trickery is real *shame shame*