Today we’re bringing in the game changer. The type of food that makes you say “fuck meat, I got this shit!”

This tempeh is smoky, full of deep savory flavor, crusty on the outside, tender on the outside, and – get this – there’s no pesky bone to deal with! Isn’t it so relieving knowing that you aren’t eating animal flesh straight off its own bones?? I think so.

The idea for tempeh ribs is most certainly not my own. In fact, the credit is due to the genius behind BBQ Revolution – an all vegan, barbecue food truck out of Austin, Texas that serves up LEGIT smoked, vegan barbecue. They dish up tempeh ribs, bbq soy curls, and brisket made from seitan. If you could see me, I’m drooling right now.

While I’ve wanted to cop a smoker for the longest time, I just don’t feel that the amount of space, equipment, and $$$ it requires is worth it yet. But I’m not gonna let that stop me from making smoky, savory, and downright soul-cuddling tempeh ribs using what I got.

If you’ve played around with tempeh a good bit, then you’ll know that it’s best if it’s boiled before sautéing, baking, or grilling, as tempeh is crumbly and dry in its raw state. Luckily for us though, it loves to absorb liquid, meaning you can infuse it with whatever flavor you’d like at the same time you give it some juiciness.

Because tempeh is merely cooked soybeans and a probiotic culture, it doesn’t contain much flavor on its own. So, to impart it with savoriness, depth of flavor, and saltiness, we always add tamari while it’s boiling. To help your mouth salivate, which in turn makes your food more “tender,” we add vinegar to the mix, because acids are perfect for getting saliva flowing. And normally we’d just stop there – but this is barbecue after all, which means smokiness is crucial, thus we add liquid smoke into the mix as well.

Curious about liquid smoke, tempeh, or tamari? We gochu fam. Click on any of them to discover how they do their magical voodoo (as in how they’re made and stuff like that).

After the tempeh’s been boiled in its flavorful bath, it gets tossed with a dry rub, which is one of barbecue’s most essential elements. See, just like tempeh or jackfruit, meat also has very little flavor before it’s seasoned. For this reason – and to add a nice crust – barbecue pioneers would coat whatever meat they had in a fragrant mixture of spices, which often times resemble spices that’d be found in a jerk rub, which makes sense because a large portion of the salves that pioneered barbecue came from the Caribbean Islands before they were transplanted to the Americas. Even though we aren’t smoking our tempeh, a dry rub still adds a massive amount of flavor, color, and – did I mention? – a lightly crisp crust.

We hope you guys flex on your meat-eating friend, Joe, with these tempeh ribs on July 4th. You can leave the pork in the fridge, Joe, because these “ribs” are:

Serve these ribs alongside these Sugar-Free & Vegan Baked Beans, Avocado Mayo Coleslaw, and plenty of Sweet Maple Barbecue Sauce and Joe won’t even know what hit him. 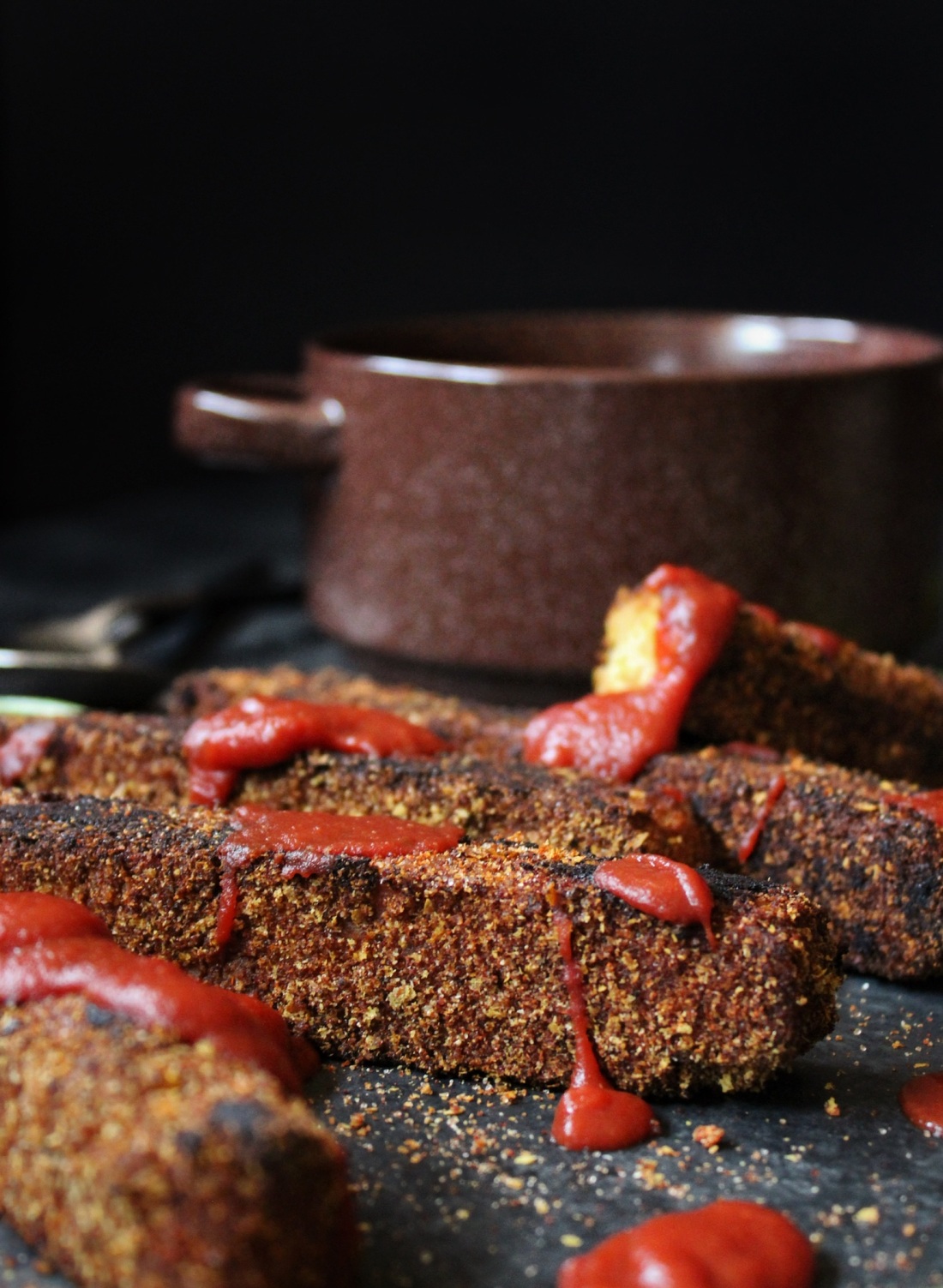