About Us, For Real.

What an interesting world we currently live in – you don’t have to meet people in person to get to know them anymore. If you’re a social media user, you’d understand that everyone gets to learn about each other virtually, but sometimes, what people put out on social media isn’t really the person that they portray themselves to be.

On No Eggs or Ham, Ryan and I are pretty vague about who we are, what we do, and how we really live our lives. Yeah there’s an “About Us” page on the blog that kinda mentions who we are – but how are we supposed to bridge this relationship between you and us by never showing you the reality of us?

If you’re someone who doesn’t mind who the writers are behind articles, you can totally just skip this entire post. I won’t be offended, trust. But if you’re someone like me who enjoys understanding the writer and where they come from in order to set certain tones for reading, please continue!

Let’s start with Ryan. He’s the recipe developing genius behind No Eggs or Ham, meaning he comes up with most of the recipes, creates them, and tests them over and over until he gets it right. Along with that, Ryan is the voice of every single recipe, email, and most of the social media posts – he writes everything, from the story behind the dishes to the instructions on how to create the dishes. I give him so much props for putting in all this hard work. You could probably tell by the writing that – if you’re familiar – Alton Brown has the largest influence on Ryan, being that he grew up watching and learning from him. Aside from our blog, Ryan plays drums in a two-piece band called Gold Souls with his brother, enjoys watching multiple anime series at once, and he’s continuously fascinated by the wonders of food and how it’s able to make a positive or negative effect on the body. 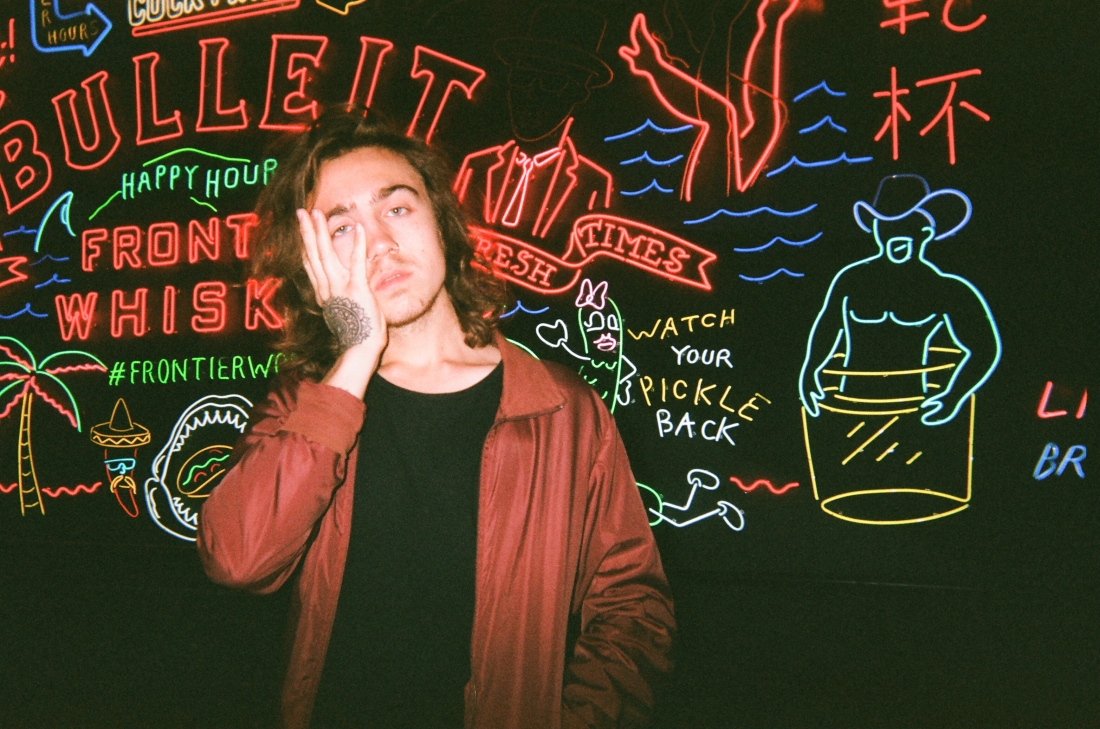 Now there’s me, Kimberly – I am the face behind the camera. I do all of the prop searching/collecting, creating sets, styling food, photographing then editing the photos, and website engineering. Unlike Ryan, I’m more of the visual creator, which is definitely why we make a great team! Outside of No Eggs or Ham, you can put me in front of a camera or you can put me behind it aka I do both modeling and photography, mainly focused on streetwear and street photography, and 9 out of 10 times, Ryan is my muse. Aside from that, I am a lover of strange curiosities, comedy stand-ups, and studying the presentation of dishes from fancy schmancy restaurants. 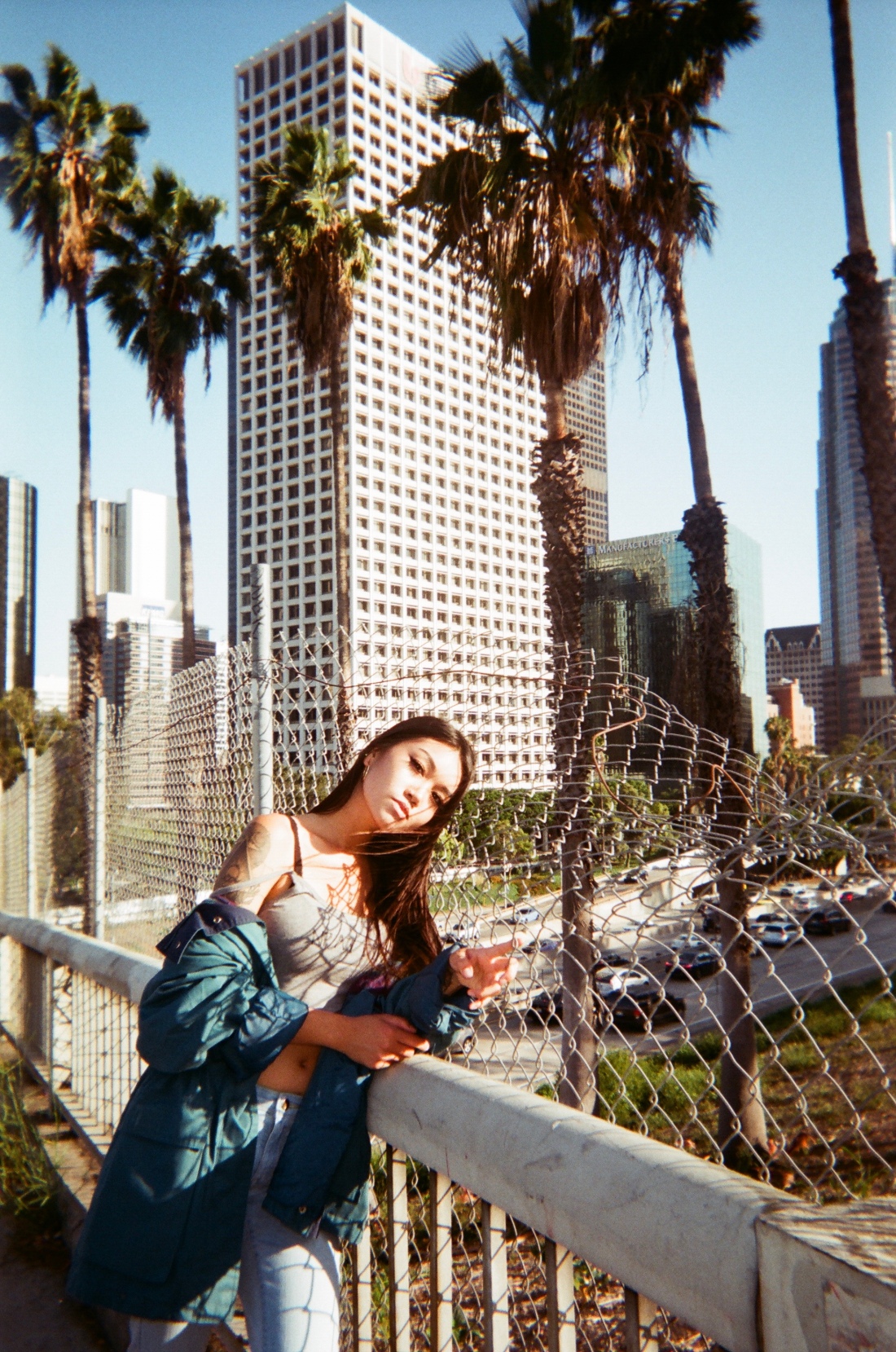 Put us together and you have Ryan & Kim – two kids in our very early 20’s, living the life in golden Los Angeles, California. We met back in August of 2014 in our hometown of Tampa, Florida, and have been kicking ass ever since! We share a love for food (obviously) and traveling, which is kinda the best combo, in my opinion, since we’re able to draw inspiration from dishes of different cultures and incorporate that into our own cooking. Together, we’ve experienced a good amount of the world from Italy to Japan and even to Guatemala, with multiple other countries in between, of course. I guess you could say that we’re collectors of passport stamps, but along with that, we also enjoy collecting black ink tattoos, concert experiences, and things that sound or look strange in grocery stores. Flipping those strange ingredients into delicious dishes is like a fun game for us!

A regular day for us looks like this: wake up, make coffee, sit on our laptops doing work for hourssss (either at our house or at a local coffee shop), create a couple of recipes, chill out and watch anime on Hulu till we fall asleep. Hashtag couple goals, amiright?! 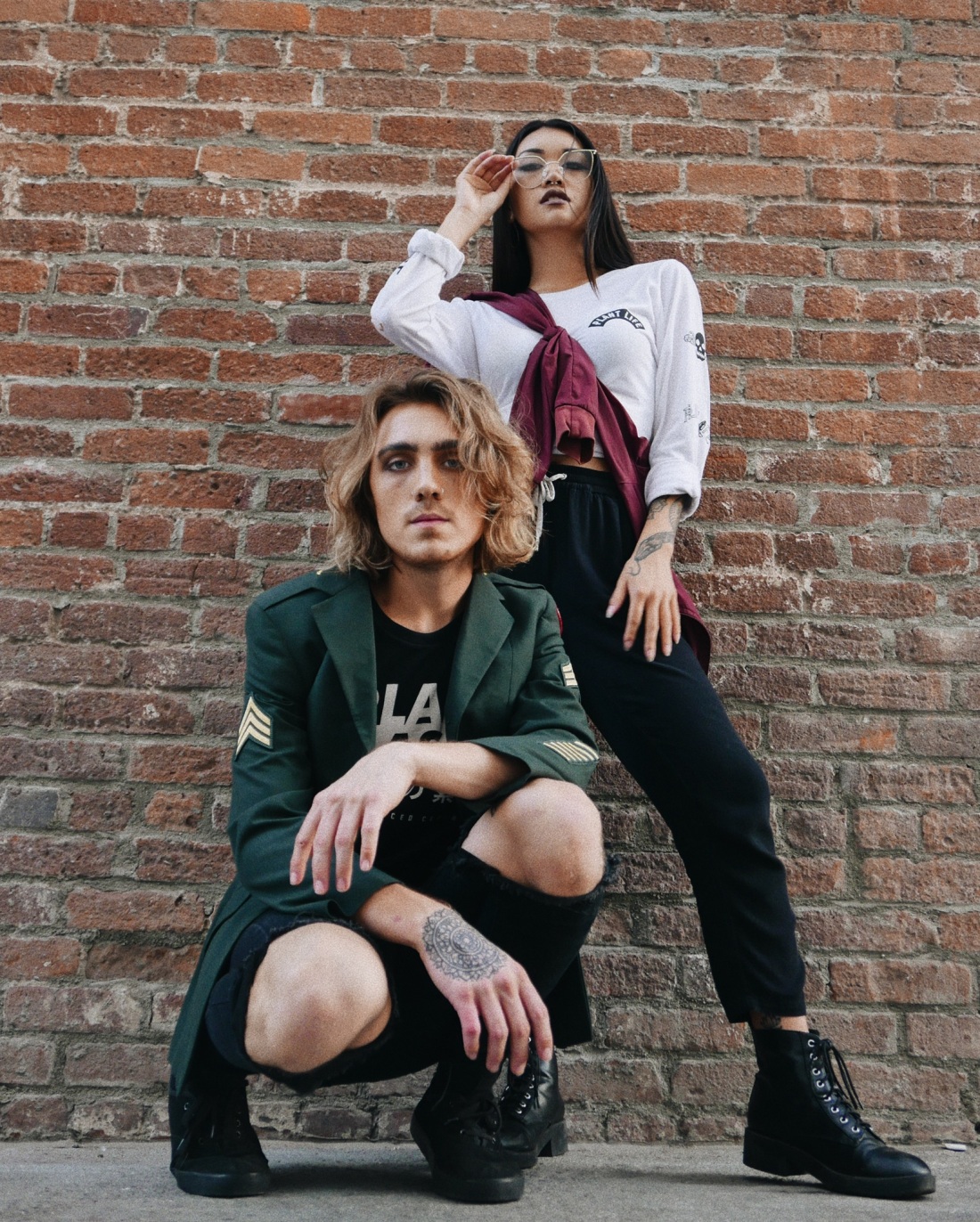 All in all, I’m glad that you took the time out to learn a little bit about Ryan and I. Now you’re able to kind of understand where our inspiration comes from and how we represent ourselves within No Eggs or Ham, from the voice of Alton Brown lingering behind the writings to the moody, yet simplistic, tones that go into the photography, and even to the sorts of ingredients that go into our dishes drawn from the foodie scene everywhere we travel.

It’s YOUR turn. We would love to learn some things about you now! What inspires you? What’s your background on food like? Who influences you the most? What do you collect? So many questions, I know. You don’t have to answer all or any of them, we just want to know a bit about YOU. Comment below with a few sentences and let’s get aquatinted!