So I recently caught word of one of the Ten Culinary Testaments and it goes a little something like this: “Risotto… is really hard to make.”

WELL GUESS WHAT CULINARY BISHOPS, I DON’T BUY IT.

You see, a strange thing happened when we made this risotto: it came out perfectly. On our first try. And we didn’t even stir constantly.

Every risotto culinary myth dispelled in an instant. 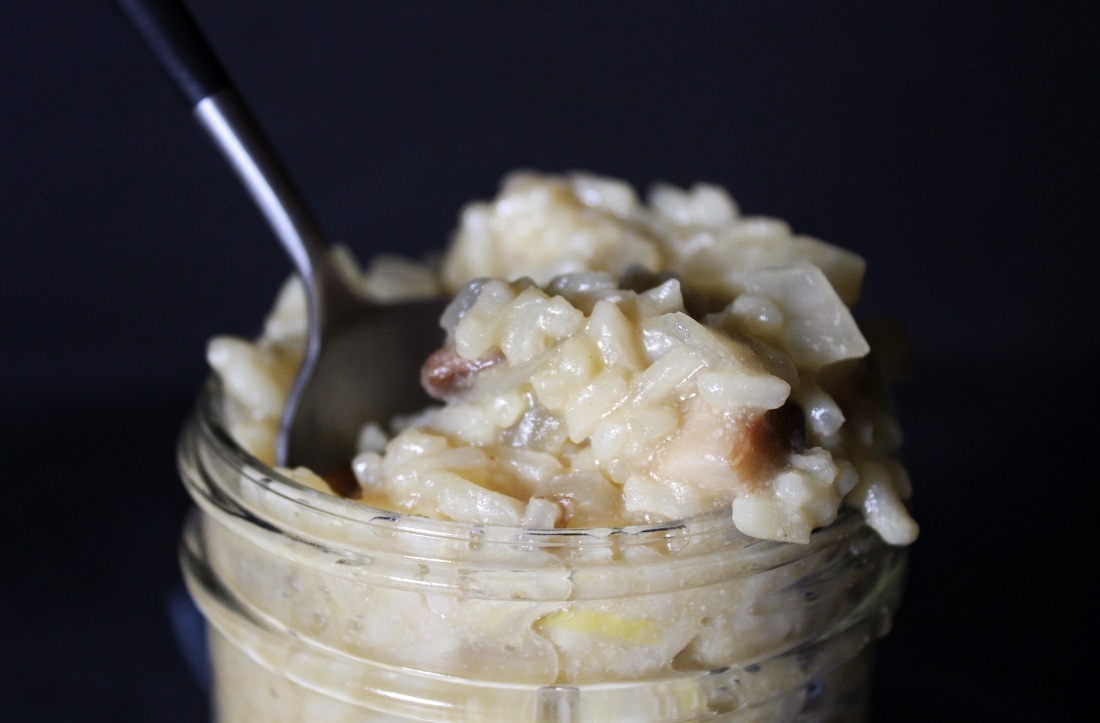 Let’s back up and pretend you don’t know what risotto is… I’m not suggesting you don’t – we all know you’re more cultured than that – but let’s just play pretend for a second. Risotto is Italian rice porridge made by mixing hot broth into arborio rice little bits at a time until the rice is al dente and there’s a creamy sauce coating it, which is created by the slow release of the rice’s starch. It’s said to be an extremely tedious dish because “you have you stir it constantly,” “the temperature can’t be too hot or it’ll burn,” and “it has to be made at the peak of a Sunset in Rome.”

Okay, maybe I made that last one up, but you get my point. After making it one time I can tell you that it’s truly not worthy of its infamy. As long as you do these few things, you will have quality risotto in your pot:

If any of this is confusing, all your questions will be cleared up in the recipe, but in the meantime, let’s dive into some tasty descriptions. In my eyes, risotto is like Italy’s version of oatmeal – only it’s savory and made with rice. Aside from that, they’re both heart warming, give you that “stuffed feeling,” and make you feel like you’re in the comfort of your mom’s home – even if you’re sitting thousands of miles away, here in LA.

Thankfully for us, risotto is mostly vegan in it’s natural state – how un-Italian of it. All we have to do is swap out the butter with vegan butter and parmesan cheese for nutritional yeast! Half the time, vegetable broth is what’s called for – so no quarrels there – but we went with a half & half mixture of vegetable broth, for its aromatic essence, and mushroom broth, for it’s deepness.

Okay, before I lead you guys to the recipe, I’ve gotta say that this risotto recipe is hardly “original.” I mean, that’d be like making a pot of oatmeal and claiming you invented it  – nah, it’s been around for decades. Instead, we based this recipe off of culinary’s tried and true hero: Alton Brown! Is there anything AB can’t do?

Go Forth and break those petty culinary dogmas,
Ryan

*Click here for our reference recipe by Alton Brown.