I’m hard pressed to think of a meal that sounds more appealing than one-pot pasta. I mean: little clean up, thirty minutes, and it’s freaking PASTA! I don’t know about you guys, but on a normal night – when I’m off recipe duty – I’m probably going to make rice or pasta for dinner. People love to hate on grains, but as a broke LA kid pursuing a freelance career, I can’t argue with a filling meal that stretches every cent. So if you find yourself in the same boat, grab that box of pasta with pride and let’s make some fuego!

If the idea of one-pot pasta is new to you then you’re not alone. While recently doing some internet digging to find recipe inspiration, I came across a recipe by Food 52, in which penne is cooked entirely in the sauce that it’s served in. How have I been cooking my whole life and never thought of this?! Needless to say: inspiration = ACHIEVED. In fact, this recipe is essentially a vegan-take on their original One-Pot Penne with Sausage, Pumpkin, and Fennel recipe, just with a few alternations to make the meal easier, cheaper, and well, vegan-er. 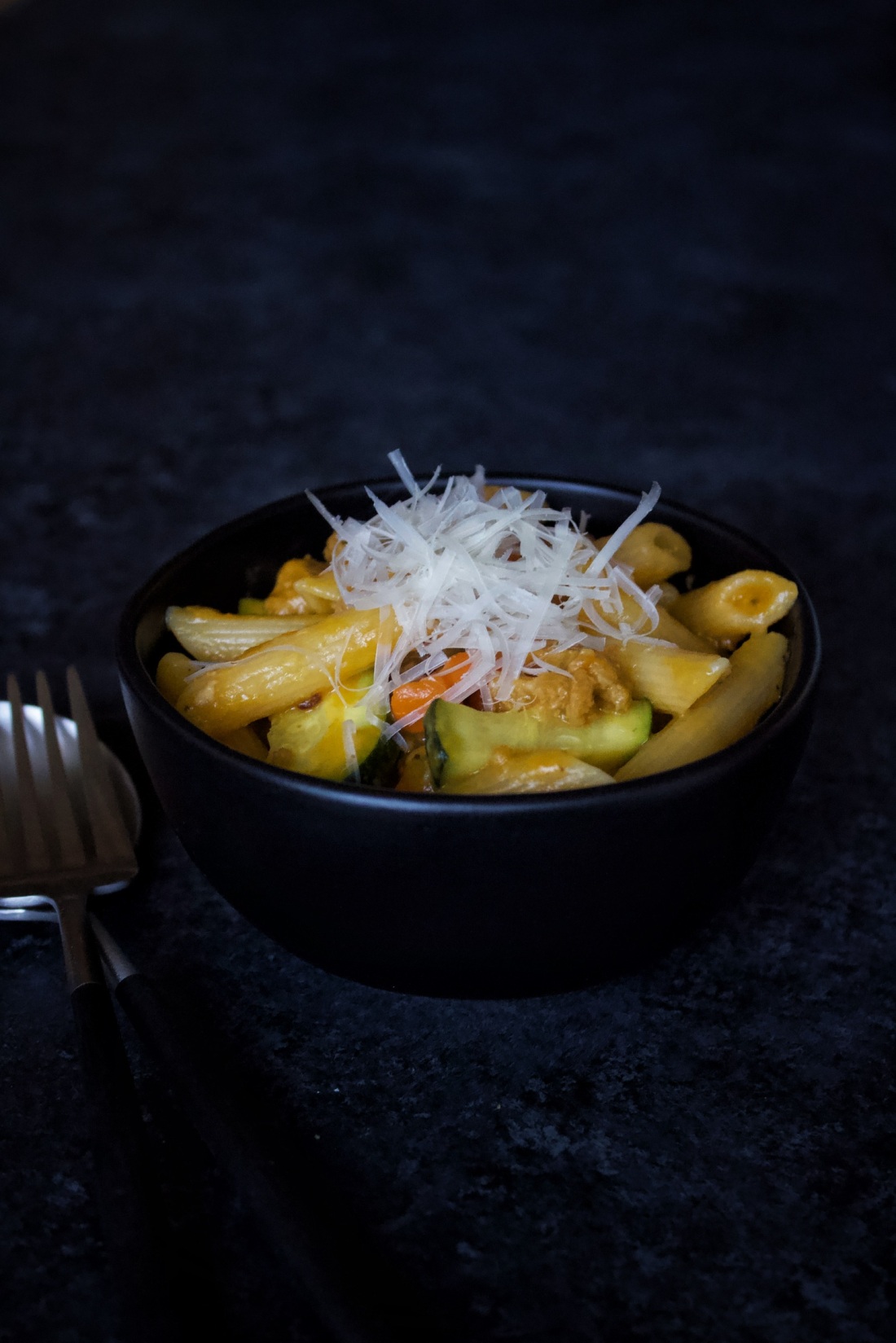 It’s important to note that this meal wouldn’t be possible without recent vegan innovations. Heck, if you just stripped the word “vegan” from the ingredients, this would sound like a normal, meat & cheese packed pasta. Thankfully, however, we no longer live in a world where being vegan means eating salads and falafel every day… unless you live in Nebraska, in which case I’m so sorry. That being said, let’s take a look at some modern products that make this meal shine (and no, we don’t get paid to recommend these!):

Wooh! That was a lot of information to take in, but this recipe itself is simple, quick, and creates a comforting meal for four. This meaty, deep, and flavorful pasta will indulge your senses and leave your kitchen sink on the light side tonight.

“I really needed to cut back, so I started eating pasta two times a day instead of three.”

*If you don’t want to buy both bouillon cubes and vegetable broth, use full-sodium vegetable or vegan beef broth in its place.

*You can make your own butternut squash puree by tossing butternut squash cubes in a touch of oil & salt, covering with aluminum foil in a casserole dish, and roasting at 400° F until tender; about 25 minutes. Then puree in a mini-food processor or personal-blender cup with a touch of water until smooth.