For our first ice cream post, we conducted a ton of testing to achieve the consistency we wanted. Because, if ya didn’t know, ice cream’s a difficult thing to master, which is especially true when you remove the eggs and dairy. Regardless, I knew I could make a rich, creamy, and stable ice cream without the addition of xanthan gum, which creates a minor stringy quality, resulting in a confection that feels more like a $4 pint instead of an $8 pint.

Now, most people don’t notice the stringiness as commercial ice creams contain far more fillers, stabilizers, and gums than just a little touch of xanthan gum. Nevertheless, I had to get rid of that stringiness to achieve the premium texture my perfectionist heart desired. A few astute calculations later and I’m here, presenting you with frozen dessert perfection! 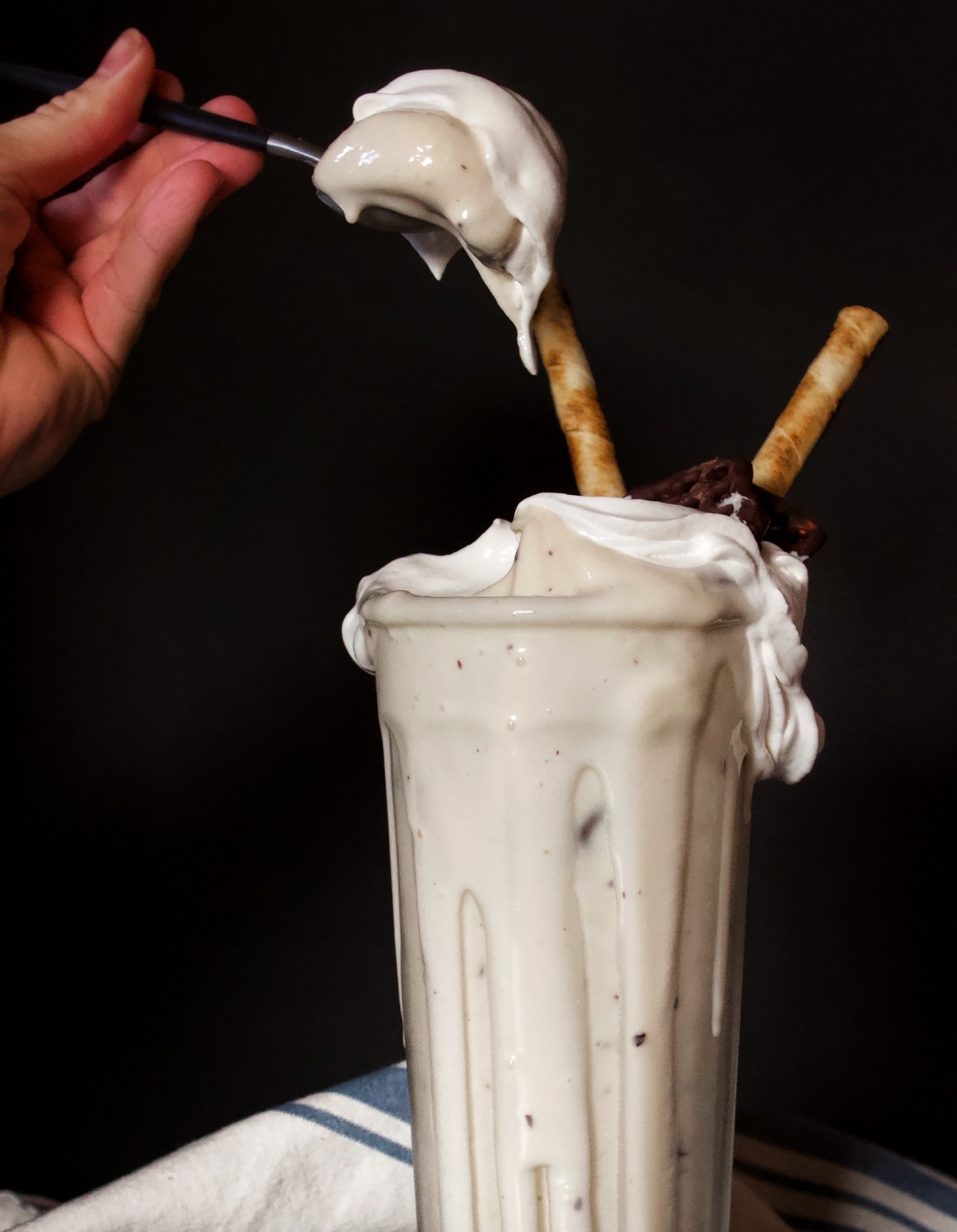 Let’s take a quick look at how I got here:

At this point you’re probably thinking “isn’t this a milkshake recipe? All this blabber has been about ice cream!” to which I say that a good milkshake is nothing more than soft serve beaten to a smooth, spoonable consistency. Basically, to get a good milkshake we need good soft serve, which is simply ice cream straight out the churner.

“Okay… but I thought milkshakes were made from scoops of ice cream blended with milk!?” to which I say… not really. At least, not good ones. Milkshakes made from solid ice cream have that watery edge and thick center, like you’d find in a fruit smoothie, instead of that cohesive, spoonable texture throughout. That’s because milkshakes made with solid ice cream have to be thinned out with enough for the blender to get ahold of things. But then, by the time it’s smooth, all of the air’s been beaten out of the ice cream, resulting in a flat & runny shake. Boo. To avoid that, we place our fresh soft serve into a standup mixer fitted with the whisk attachment and beat it until it’s smooth – no milk or blades needed.

“Alright, fine. Can we just get to the recipe already?” Good idea, I’ve surpassed my nerd limit for the day.

My Milkshake Brings All The Boys to the Blog

Aromatic & cooling soft serve with crunchy mix-ins forms the base of this classic American treat.