Sweet, refreshing, spicy, and hearty vegetables alongside tender, garlicky, and sesame soba noodles in less than 30 minutes? Nice to meet you, dinner plans. 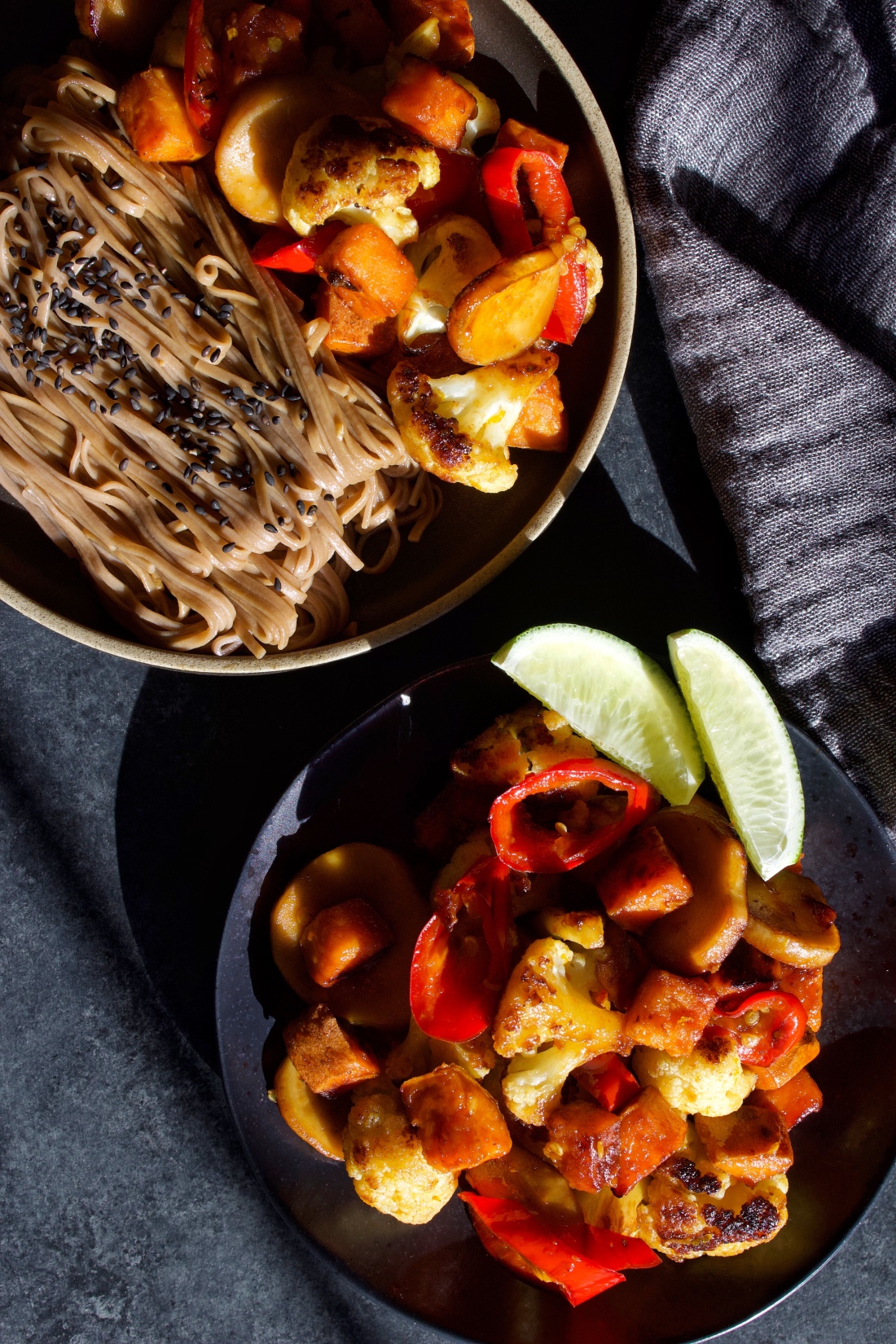 We’ll be real, there’s not much to discuss here if you’re already familiar with stir-frying and noodle cooking basics, so we’ll leave it to photography to get your stomach rumbling and your tastebuds salivating. It’s your time to shine, Kim! 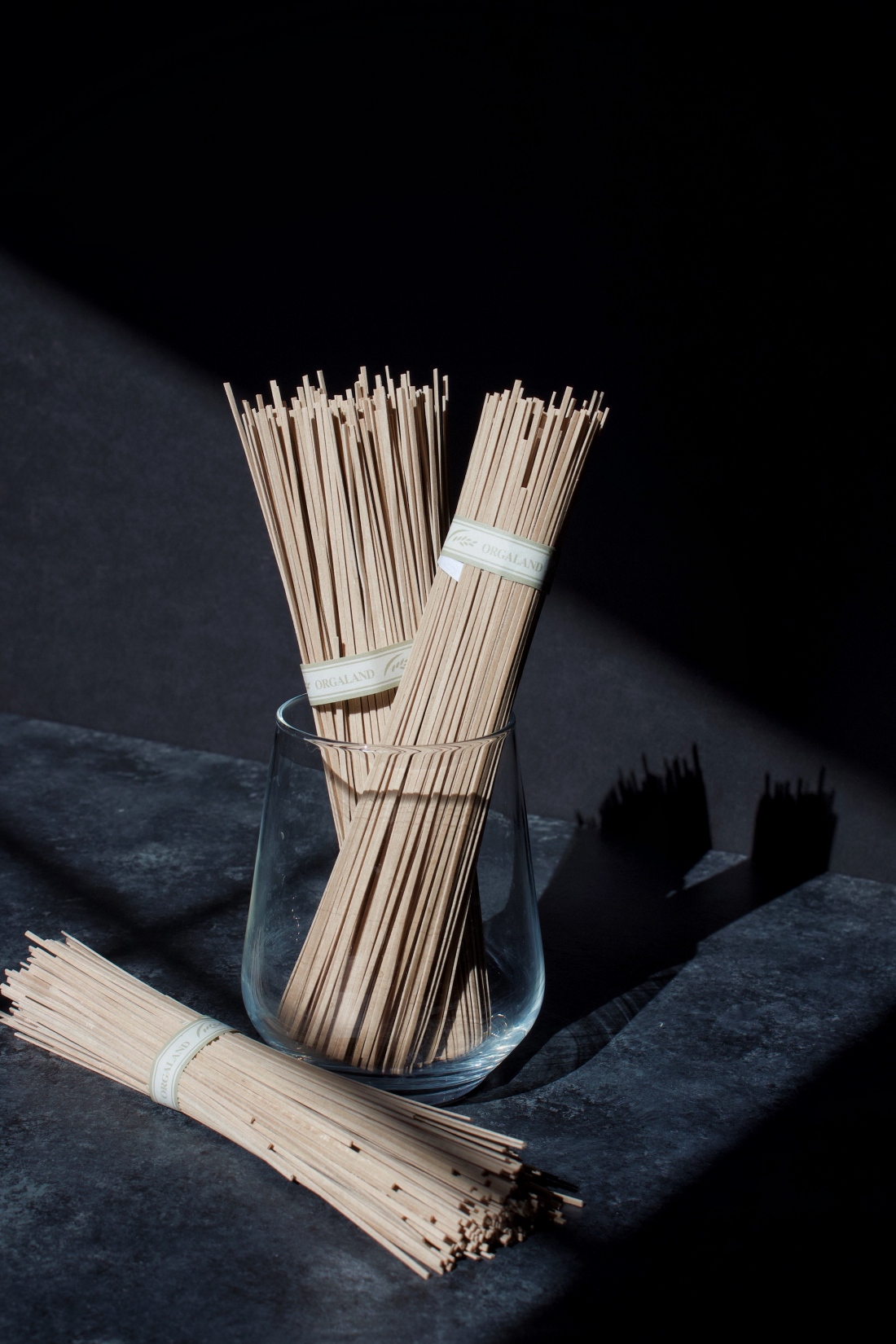 There’s a handful of ingredients in this recipe some of you may not be familiar with, so let’s shine some light on these unexplored beauties! 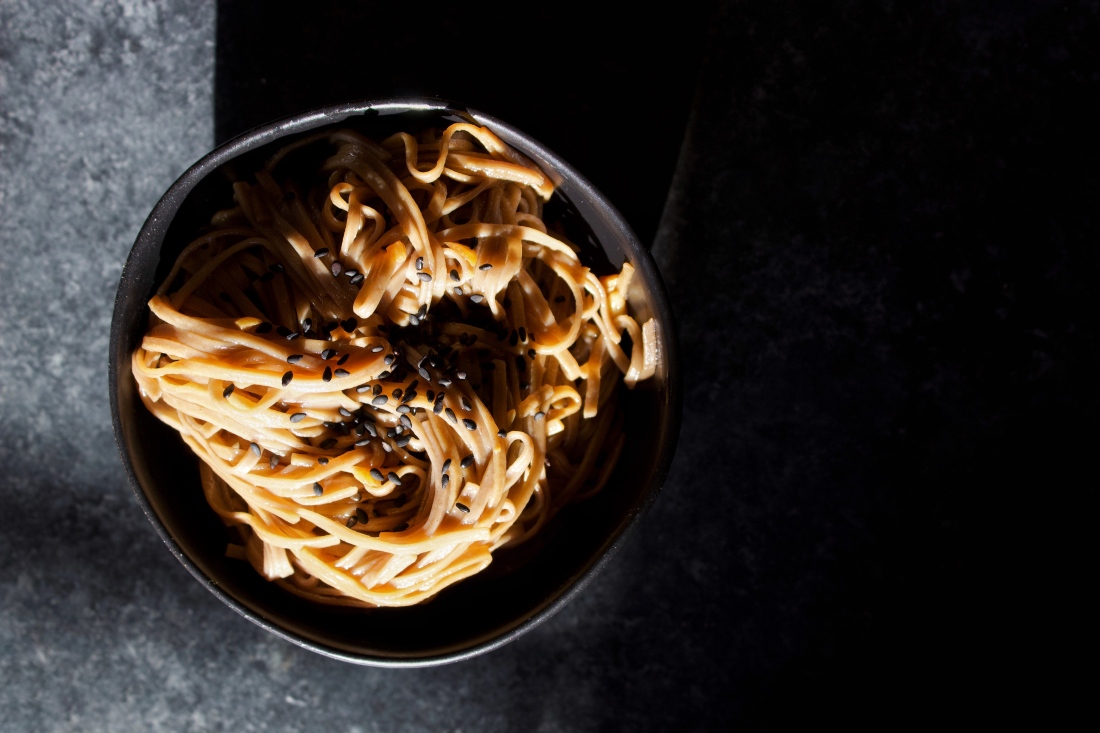 All in all, this recipe is: 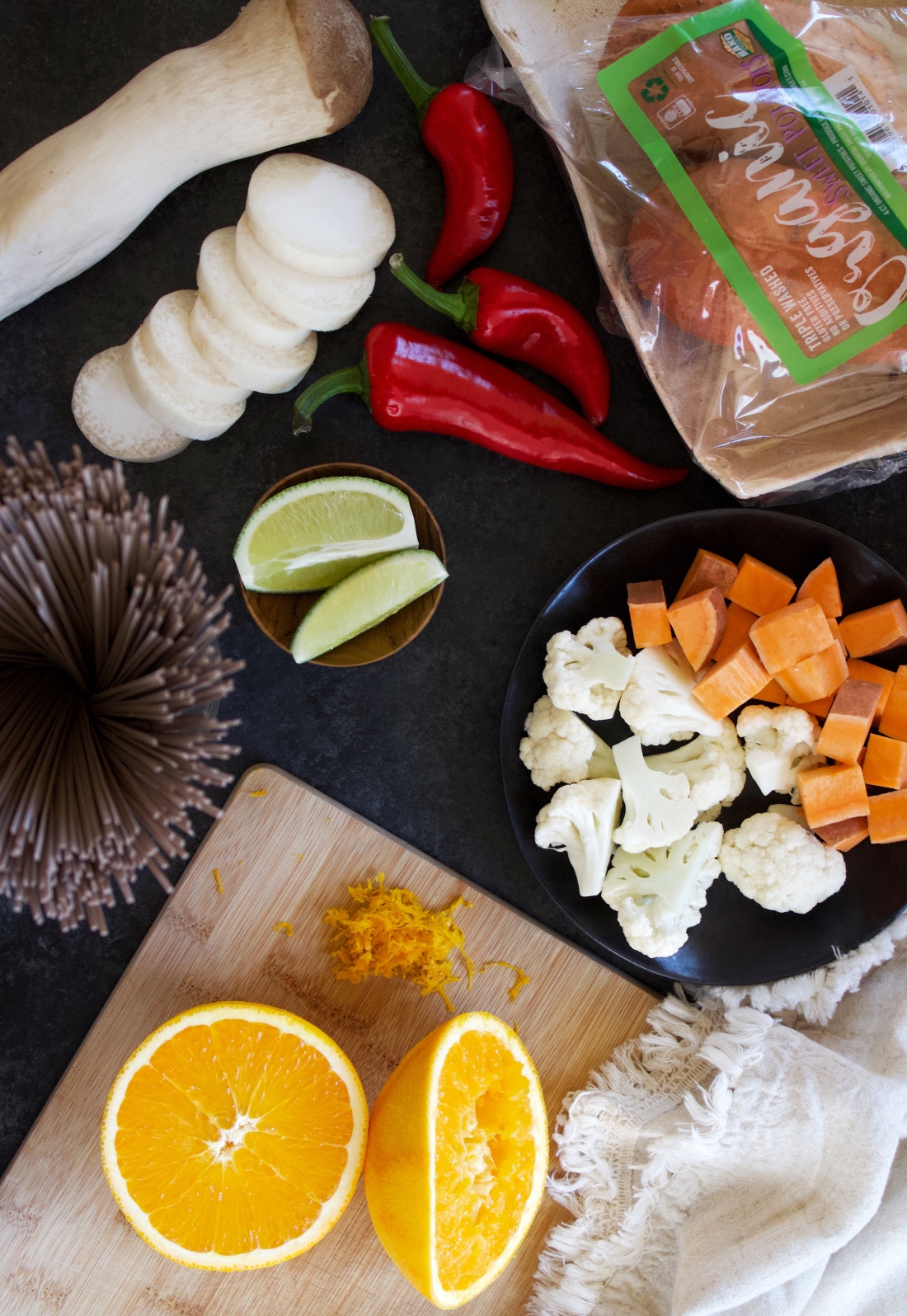 Orange, noodles, and everything nice 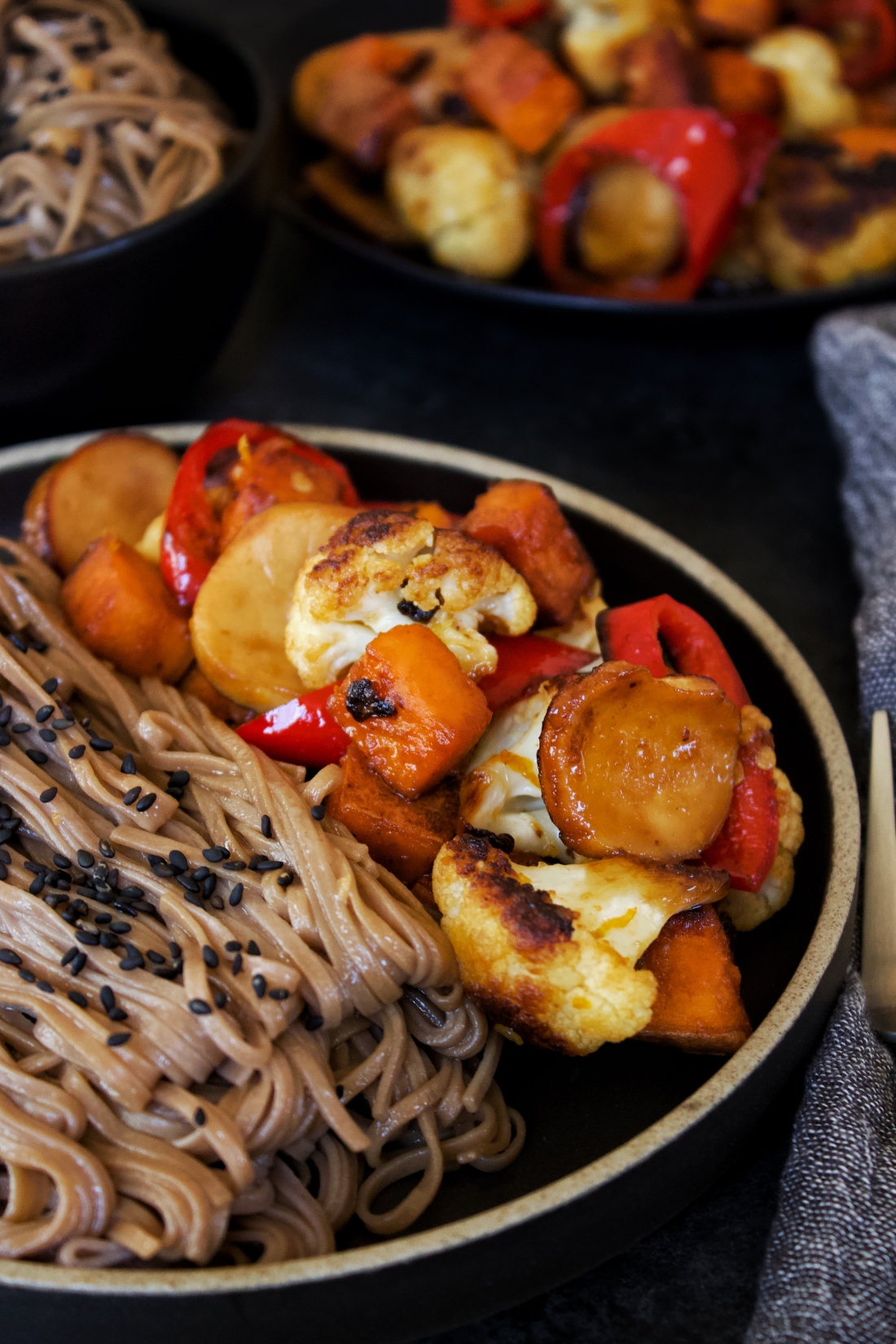 *Mushroom oyster sauce, aka vegetarian oyster sauce, can be found in most Oriental markets for less than three dollars. We’d love to link to one online, but they’re all horrendously overpriced, so just make a trip to the Asian store and you’ll be met with an abundance of brands to choose from.