Making Pho is as much a tradition as the culture that founded it is. In a lot of ways, Pho reflects Vietnamese culture. The process takes patience, as ample amounts of time is needed to construct its broth – this reflects Vietnamese peoples joy in taking time with everything they do. It’s made in large batches, designed to be shared with a whole family – much like Vietnam’s family centric culture. Eating it is like a party: there’s cilantro on a plate, lime “over there,” and hoisin & sriracha sauce being passed around – Vietnamese people love an excuse to get together and share a feast. Its flavors are fun with a soulful undertone – much like how Vietnamese people’s goofy humor intertwines with a blistering connection to the supernatural.

For all these reasons and more, Pho has sort of become a sacred food (for me at least). It’s one of those things one only orders at a restaurant, because all that time and meticulous crafting is best left for “professionals.” However, this is a food that originates from the home and is still most appreciated when Grandma makes it. Thus, it’s about time to drop the scared veil that I’ve allowed to prevent me from making Pho in my own home. 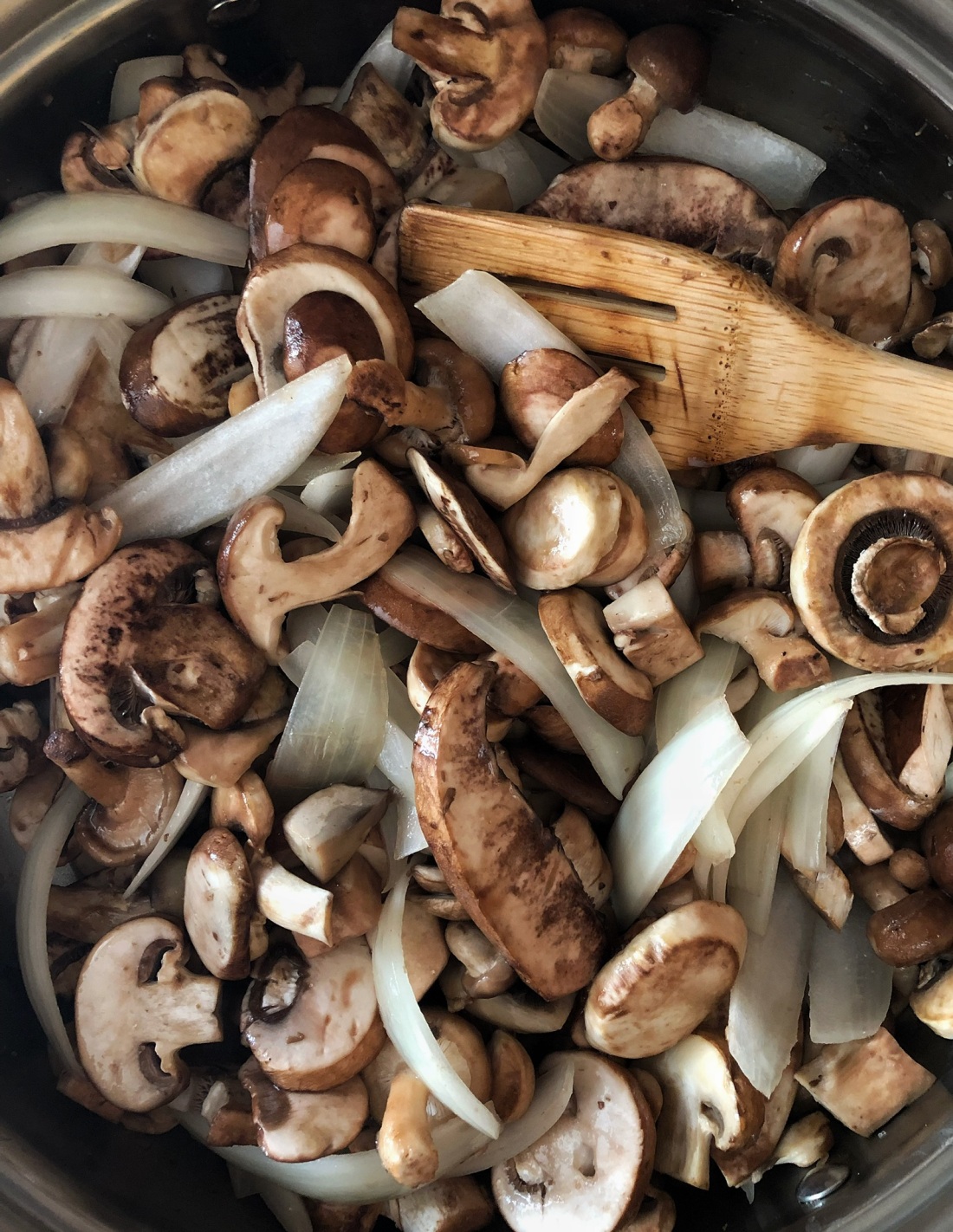 Traditionally, Pho broth is made by extracting every gram of flavor out of marrow-rich beef bones by carefully simmering it for a minimum of 8 hours – often much more time is needed. This is good news for us, however, because it doesn’t take nearly that long to extract all the goodness out of vegetables. Speaking of veggies, the best base for vegan pho broth (or “Pho Chay” in Vietnamese) is mushrooms, as they contribute a deep, soulful body and a rich, deep brown color that’s akin to beef broth. And – like beef – the mushrooms that are used to make the broth can be used for their chewy texture in the final dish.

As far as noodles go, you’ll want to stick with thin rice noodles, which can be labeled as:

Unfortunately, no two noodle company is the same and we ended up with noodles that were denser, heavier, and more tender than traditional pho noodles. For the best results, choose noodles that are elastic when cooked, lightly chewy, and almost see-through. Looking back on it, I see where we went wrong: we bought our rice noodles from an American supermarket. I know, that sounds like some hipster gibberish, but you’re likely to find more Pho appropriate noodles from an Asian market.

Homemade Pho isn’t as scary as I thought it to be, however, it is a half-day long affair that requires patience, a meticulous hand, and thoughtful approach. That being said, it’s totally worth it, as this is damn near the best Pho Chay I’ve ever had.

By the way, don’t blow off the toppings as “excess condiments” – they’re as much an integral part of Pho as the broth is. One of which toppings includes hoisin sauce – a very salty, thick & sweet sauce found at most Vietnamese restaurants – which is added to Pho at the table. Now, normally hoisin sauce has A LOT – and I do mean A TON – of fillers, such as caramel color, food coloring, and some funky preservatives. To get around this, Kim and I made our own hoisin sauce from dates back in June of 2017, which contains less than 10 ingredients.

Now, I know what you’re thinking: “but dates have sugar in them.” YES, OKAY, DATES DO HAVE SUGAR IN THEM. Buuttt, for the amount of hoisin sauce needed per bowl, the sugar content is negligible (under 10 g), and it’s way healthier than any hoisin sauce out there on the market. So, for Pho’s sake, don’t skimp on the sauce.

All in all, this family-style Pho is soulful, rich in umami flavors, and complex. If you like what your taste buds are tellin’ ya, leave behind a nice rating, share your thoughts with us in the comments, or show us your creations by tagging @noeggsorham on Instagram. 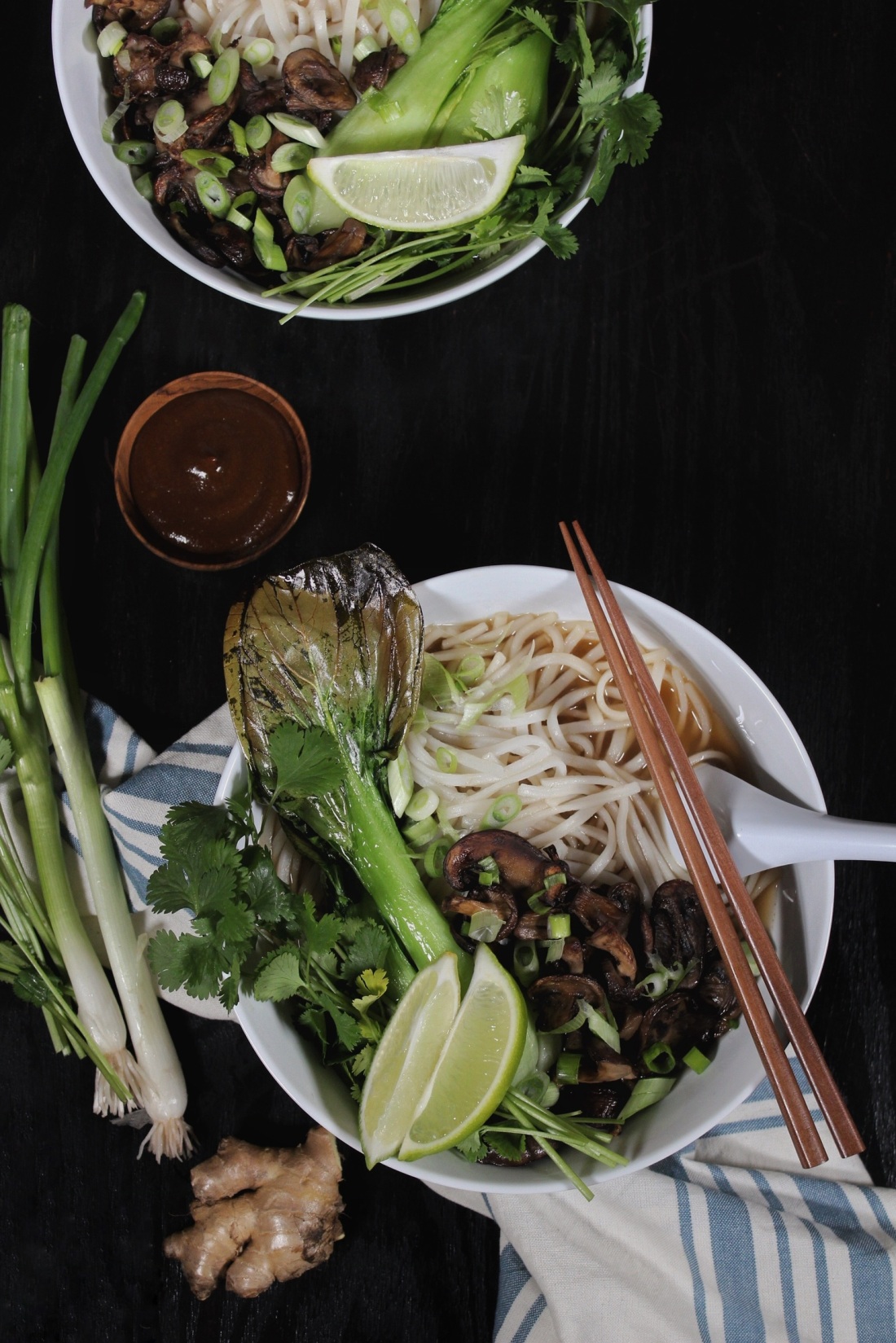 *It’s difficult to measure out seaweed via volume, but – if you don’t have a scale – use a small handful of wakame seaweed or two sheets of raw nori.