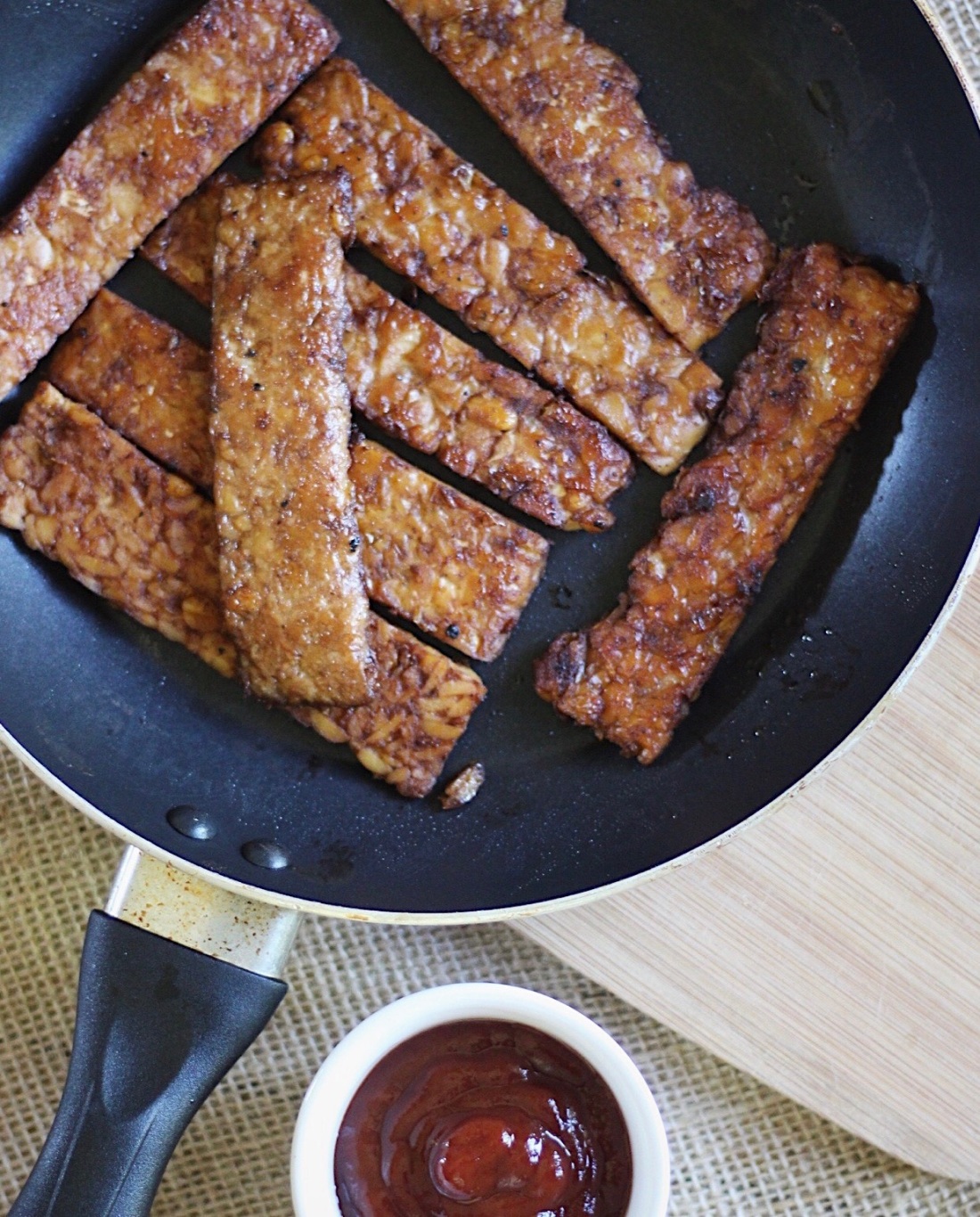 Being the first type of “vegan bacon” I ever tried, tempeh bacon holds a place in my heart- a place that’s more satisfied by tempeh bacon than actual bacon.

Growing up I always thought bacon was great on hamburgers, but if I were to order a plate of breakfast, sausage was my protein of choice. To me, bacon was flimsy & lacked “umph,” being greasy with big bubbles of undercooked fat or so crispy it disintegrated like paper in the mouth. While the flavor of bacon is lovable, when it came down to it, bacon was only ever alright. 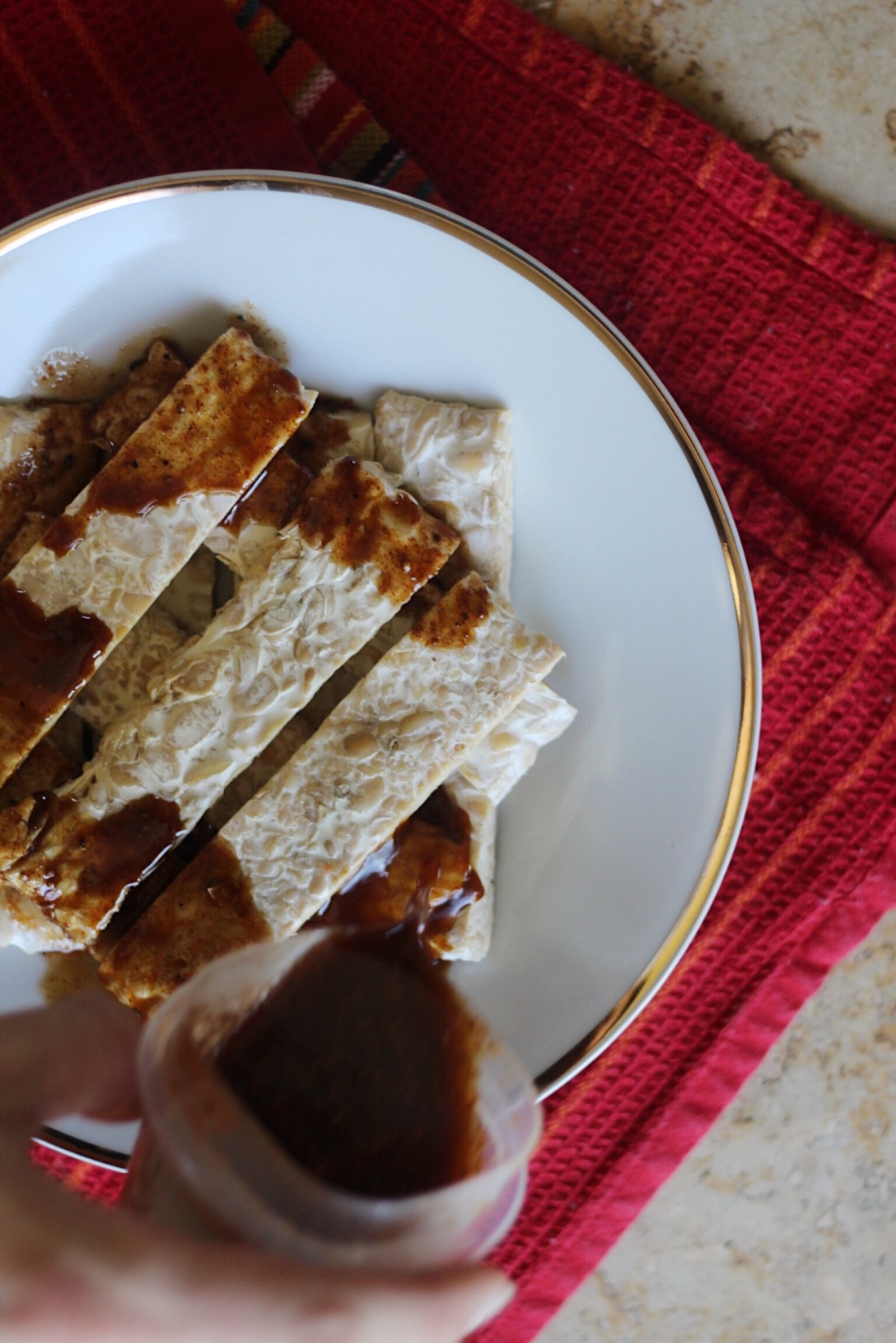 Fast forward several years to me trying tempeh bacon for the first time. WOW. This stuff is smoky, salty, umami, captivating, meaty, tender, and not crumbly, dry, and or fatty; tempeh bacon is what actual bacon wishes it could be. 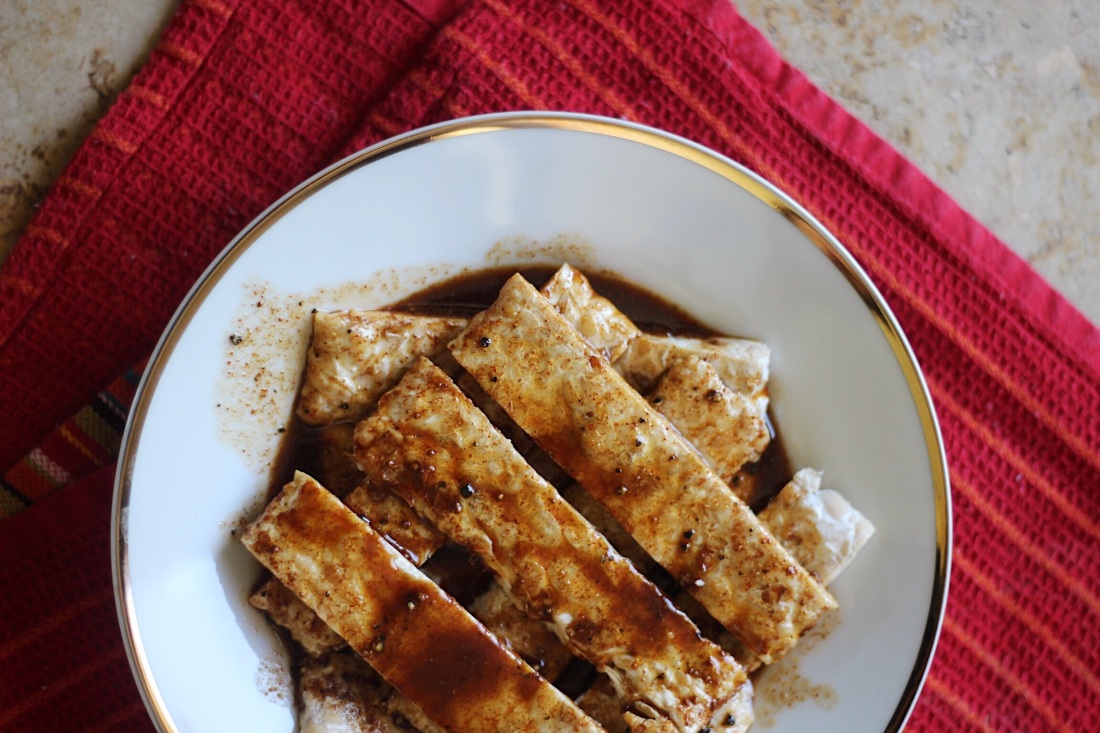 After tasting tempeh bacon from a package I got at the store and from a few restaurants (City ‘O City in Denver being one of my favorites for tempeh bacon), I went into the laboratory to devise my own. The results? It’s far easier and less intimidating than it seems. Plus, if you learn how to make this on your own, you’ll save a few bucks and have the ability to play around with flavors as you wish.

This recipe is for simple, well balanced, bacon that pairs well with any breakfast food; it’s subtly smokey, lightly sweetened by maple, has a little kick from cayenne and crushed black pepper, and is mouth watering savory.

We hope you enjoy this cure for the bacon blues as much as we do! If you like what your taste buds are tellin’ ya, leave behind a nice rating, share your thoughts with us in the comments, or show us your creations by tagging @noeggsorham on Instagram. 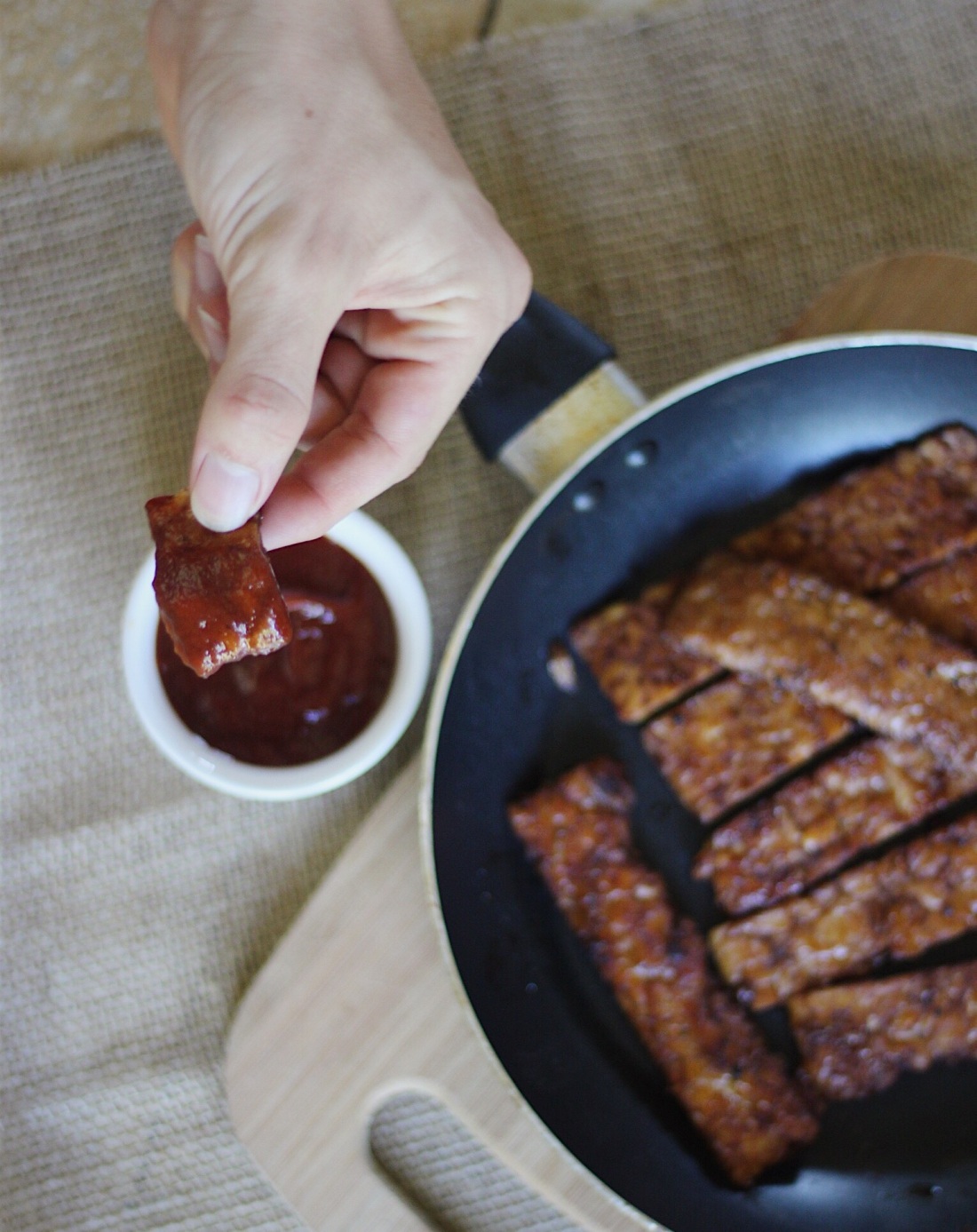 The vegan cure for bacon cravings.