Y’all, I have missed burritos. Since seriously limiting my wheat intake, a good burrito is few and far between. And with every “alternative” tortilla out there on the market being sized for a taco, not burrito, what’s a boy to do?

Finally, I stopped being lazy and decided to experiment with tortillas that are able to be stretched out large thin without breaking. Once I realized that large, homemade cassava tortillas are a possible thing, I knew that a burrito was within my reach & my very near future.

Now let’s think inside the tortilla, because it’s what’s inside that makes this burrito pop. First, a bed of spring mix goes down, which adds bright crunch, earthiness, and a pizazz of color to this burrito. To structurally support the burrito – as well as add girth & wholesomeness – white rice is added on top of that, which could easily be replaced with cauliflower rice if you’re not into the grain thing. Now, to add a burst of savory flavor, meaty depth, and a kick of protein, tempeh is transformed into a smoky & salty, onion stir fry that elevates the life of this party by 10.

To add even more flavor, as well as subtle creaminess, sweetness, and roasty toasty goodness, hannah sweet potato dices are roasted at 500° F in a mixture of nutritional yeast, paprika & oregano until they’re tender on the inside, lightly blackened in areas, and crip on the outside. To balance out the savoriness, we mixed together our vegan coconut sour cream with chipotle peppers to create a créma that’s refreshing, melty, and subtly spicy. Finally, the edges of the tortillas are folded in, the bottom flap is folded over top, and this burrito rolls straight into your heart.

If you desire more of a dinner style burrito, you could easily tinker with a few of the components or substitute a couple of them. For example, you could replace the tempeh with pressure cooked black beans and add in guacamole for a more traditional burrito.

All in all, this burrito is: 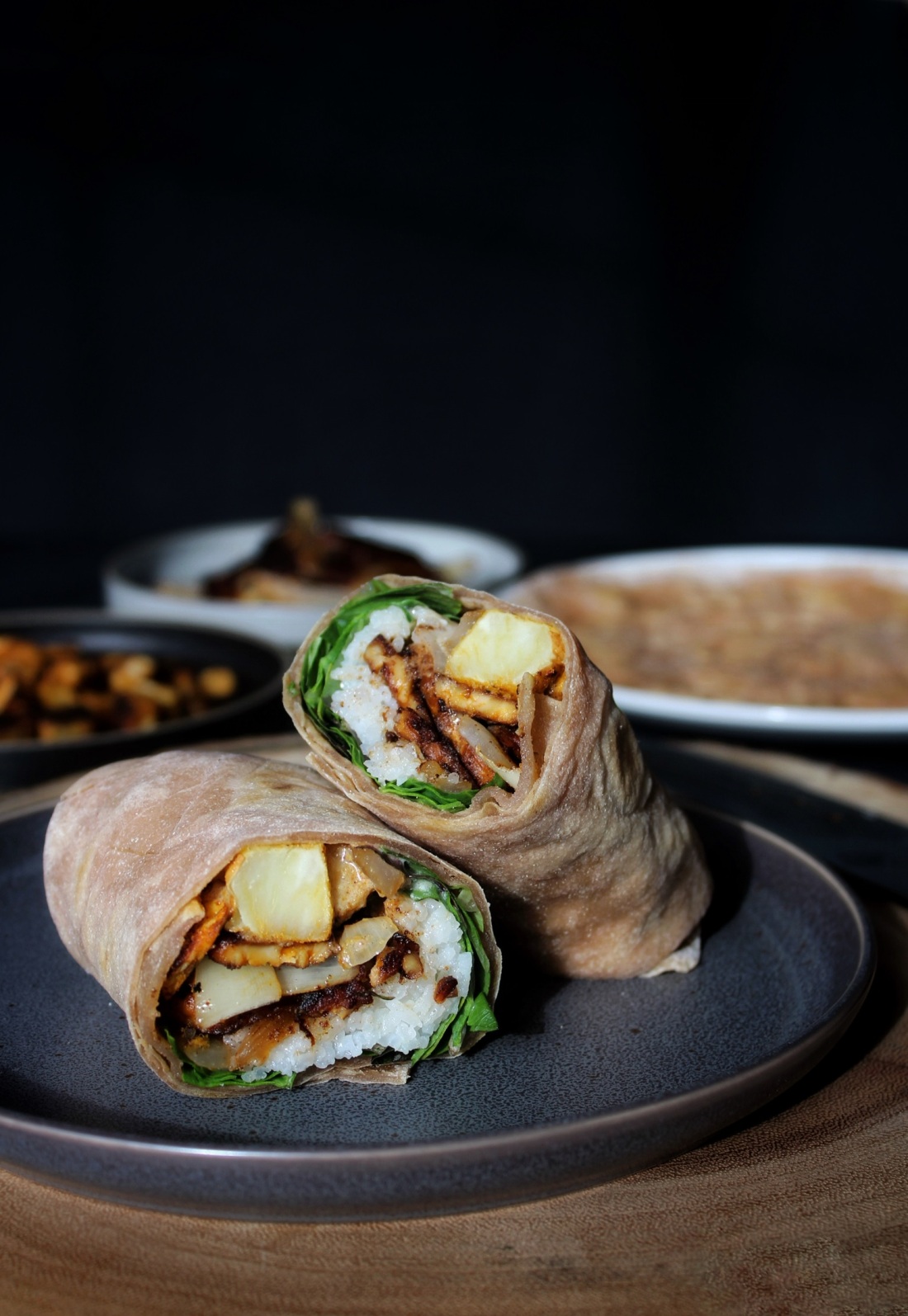 *It is possible for chipotles to be Plant Paradox friendly; some brands contain seeds & skin of peppers while other do not. Look for chipotle in adobo sauce in a glass container as opposed to a can – in my experience, chipotle in glass containers contain no skins or seeds. If lectins are of no concern to you, use any chipotle. If they are a concern and you can’t find one that fits your needs, simply leave it out.

*Use linked sour cream for lectin-free